Dr. Vasilios Nenos grew up in North Tampa, where he attended Gaither High School.  From a young age saw his grandfather Dr. Byron Nenos Sr. in his Chiropractic clinic which made him fall in love with the practice and want to become a Chiropractor himself.

Dr. Nenos received a Bachelor’s of Science in Biology from the Jacksonville University where he was a two-sport collegiate athlete in Football and was also on the Trap Skeet and Sporting Clays Team where he competed on a national level

After graduation, Dr. Nenos attended  Palmer College of Chiropractic in Daytona Florida. While in school, he completed a 300-hour Clinical Neurology Diplomate certifying him as a chiropractic neurologist, enabling him to work more effectively with concussions, vertigo, and various balance disturbances.

During his preceptorship, he spent over 500 hours at Florida Orthopedic Institute in South Tampa in addition to the shadowing he performed during school.  He is currently working on new certifications that will help with the diagnosis and treatment of patients.

When he is not working; he is spending time with philanthropic organizations such as PIKE and the Masons, he is also an active member of the Shriner.

Dr. Nenos believes that chiropractic is an important sector of healthcare that focuses on diagnosing and treating the neuromuscular system without the use of pharmaceuticals. Getting to the cause and root of the pain and correcting that is what he strives for at  TruSpine Injury Clinics. 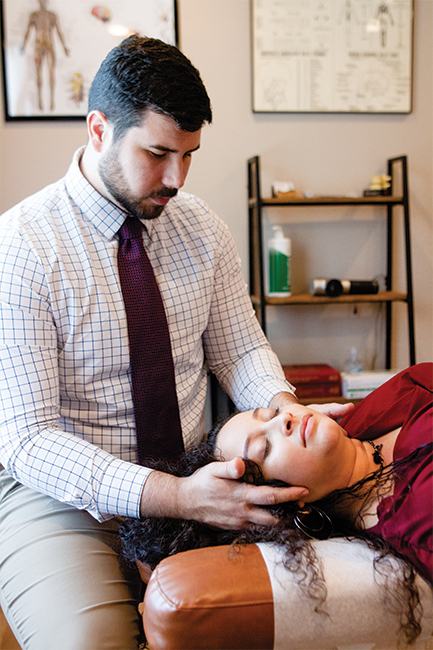